Click to resize the text + -
All State Agencies | All State Services |

In accordance with Public Law 110-181 §598; the 2008 National Defense Authorization Act authorized the Secretary of Defense to conduct a program to commemorate the 50th anniversary of the Vietnam War and "in conducting the commemorative program, the Secretary shall coordinate, support, and facilitate other programs and activities of the Federal Government, State and local governments, and other persons and organizations in commemoration of the Vietnam War".

Whereas the State of Nebraska has sent sons and daughters to fight and support the Vietnam War on land, sea, and in the air, the Governor and the Unicameral joins with the Secretary of Defense in partnership commemorating those who have served our country and this state during the Vietnam War.

The Nebraska commemorative program will include activities and ceremonies to achieve the following objectives: 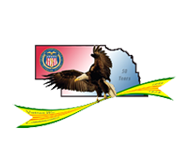 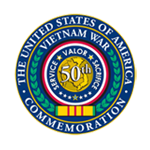