On November 11, 2022, the Office of the Nebraska Capitol Commission and the Nebraska Department of Veterans’ Affairs (NDVA) hosted a Veterans Day program and commemorated the 100th anniversary of the laying of the cornerstone dedicating the Nebraska State Capitol to the memory of those who fell in the service of their country.

Secretary of State Bob Evnen emceed the proceedings, and Capitol Administrator Bob Ripley provided a brief history of Nebraska’s State Capitols, including information on the centennial of the laying of our current Capitol’s cornerstone.

NDVA Director John Hilgert provided a message to Nebraska’s veterans and their families in honor of Veterans Day.

Nebraska National Guard Adjutant General Daryl Bohac gave remarks and accepted a ceremonial flag to rededicate our state’s Capitol on behalf of the men and women who have fallen in service to our nation since the Capitol’s original dedication on November 11, 1922. Wendy Adelson, the mother of Nebraska Marine Corporal Daegan Page who was killed in action in Afghanistan last year, presented the flag.

The decision to build a third Capitol came immediately after World War I, and Nebraska’s tradition of volunteerism and dedication to freedom were mentioned in the 1919 competition statement for the new Capitol. The new Capitol was to be an outward symbol of the character of the state. Following the competition and 1920 selection of Bertram Goodhue as Capitol architect, site preparation and the installation of the foundation occurred. By November of 1922, the cornerstone was ready to be set. Just one year prior, on Armistice Day, November 11, 1921, the United States entombed an unknown World War I soldier at Arlington Cemetery. The Nebraska Capitol Commission and Nebraskans chose to honor their sons, brothers, sisters, and daughters who made the ultimate sacrifice to their country at the November 11, 1922, cornerstone laying ceremony by dedicating the Capitol to their memory.

View Photos from the Ceremony 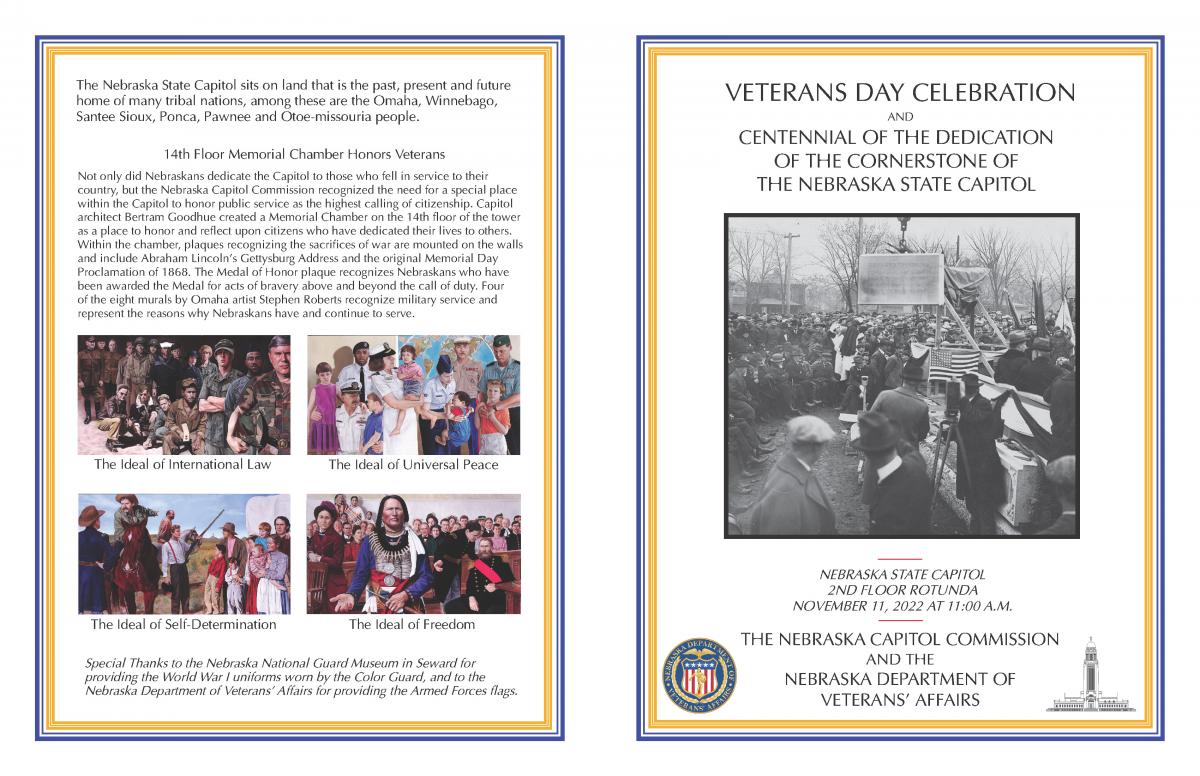 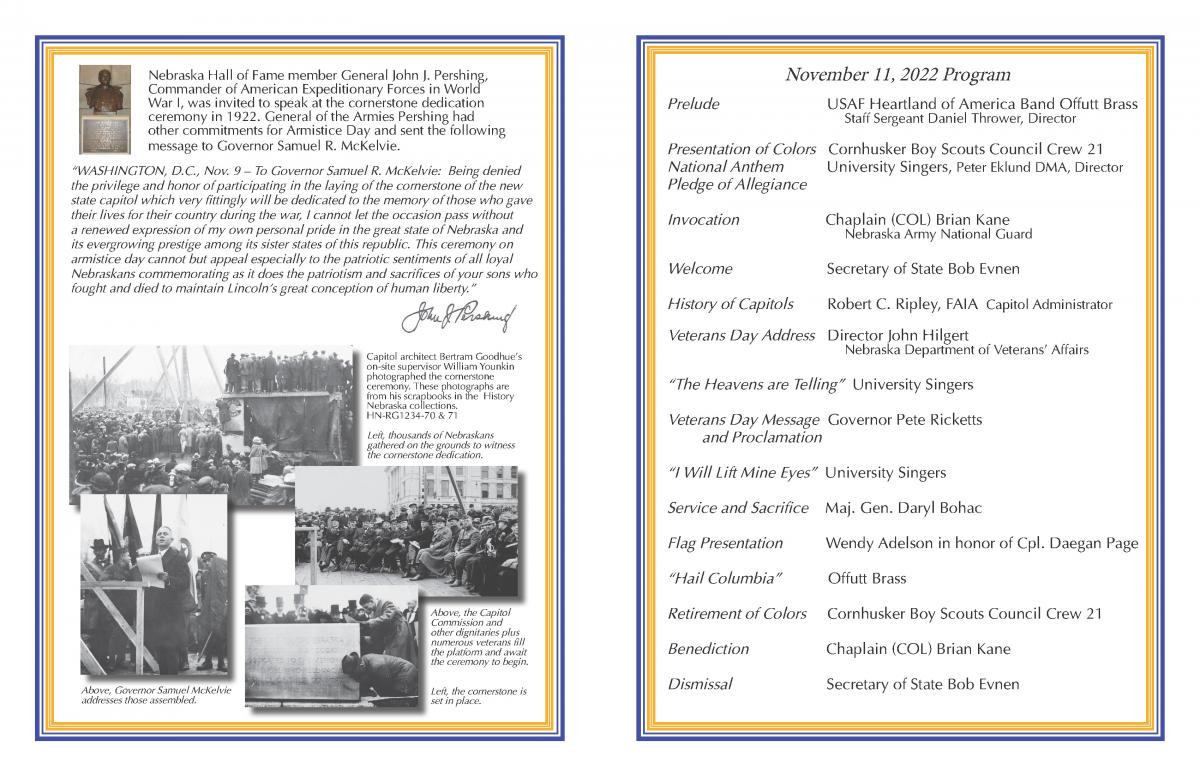