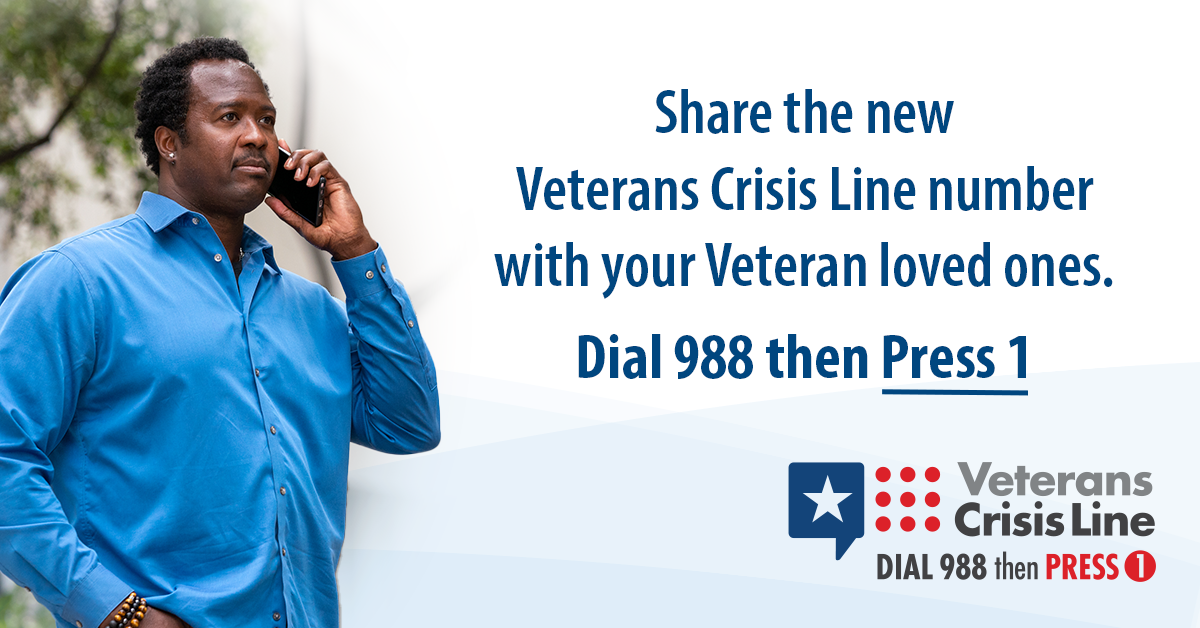 September is Suicide Prevention Awareness Month, and every Nebraskan has a role in saving lives. In Nebraska, a person dies by suicide once every 32 hours. Thankfully, many survive their attempts, and it’s important to realize that there is help and treatment available, especially for Nebraskans who have honorably served their country.

Veterans in need got a high-profile bump in June when Governor Pete Ricketts announced that Nebraska is participating in the Governor’s Challenge to Prevent Suicide among Service Members, Veterans, and Their Families. Nebraska is one of 48 states and four territories participating in this initiative by the U.S. Department of Veterans’ Affairs (VA) and the Substance Use and Mental Health Services Administration (SAMHSA). The two-year initiative engages state stakeholders to enhance and align local and statewide suicide prevention efforts and improve access and connectedness to services and supports.

“It is an honor to partner with NDVA to prevent suicide among service members, veterans, and their families,” said Sheri Dawson, director of the Division of Behavioral Health at DHHS. “Suicide prevention is not an easy conversation. These women and men serve their country. They have sacrificed so much for all Nebraskans and the nation. We owe them, their families, and their fellow veterans our commitment to save lives, to overcome the stigma of talking about mental health, and to provide easier access to services and supports that will allow them to find the hope and help they deserve.”

“In my time as director of NDVA, I’ve met a lot of veterans, and one thing I’ve learned is that everyone has a unique situation. There is no ‘one’ veteran just as there is no one reason someone dies by suicide, but each veteran who does is one too many,” said NDVA Director John Hilgert. “My message to the veterans of Nebraska is that you’ve sacrificed to protect our nation’s freedoms, and we want to enjoy those freedoms with you at our side. You are not alone. Our agency is here to serve and support you, so please reach out and use us as a resource.”

NDVA has a number of initiatives in place to serve Nebraska’s heroes, including veterans.nebraska.gov, which offers a live chat option and a map to mental health resources across the state. The NDVA State Service Office has a team of accredited veteran service officers who can assist veterans and their families in applying for various local, state, and federal benefits and services. They can be reached at ndva.sso@nebraska.gov or 402-420-4021 to help connect veterans with resources and support.

For veterans or veterans’ spouses or dependents needing emergency assistance, the Nebraska Veterans Aid Fund is available to provide financial support for certain items in the event of an emergency. The Vets Get Pets program is also available for veterans to get up to $350 in pet adoption fees reimbursed; studies by the VA and CDC have shown companion animals provide a variety of benefits for people dealing with PTSD. A full list of benefits and services ranging from employment assistance to recreational discounts to legal assistance is available at veterans.nebraska.gov/benefits.

The U.S. Department of Veterans Affairs notes that direct warning signs for suicide include:

These signs are even more critical if the person has attempted suicide before; has a family member, close friend, or battle buddy who died by suicide; and plans to use and has access to an effective method (such as a firearm).

While anyone can be susceptible to suicide, veterans have substantially higher rates of suicide than the general population, according to the Centers for Disease Control and Prevention (CDC). The CDC notes that veterans have an adjusted suicide rate that is 52.3% greater than the non-veteran US adult population. People who have previously served in the military account for about 13.7% of suicides among adults in the United States. Data from the U.S. Department of Veterans Affairs (VA) shows that 50 veterans died by suicide in Nebraska in 2020. Of those, 70 percent of completed suicides were firearm-related, with the remainder a variety of methods. The overwhelming majority are men; data shows less than 10 percent of women comprise Nebraska veteran suicides.

Help is available. If you or a loved one need assistance, please reach out to: