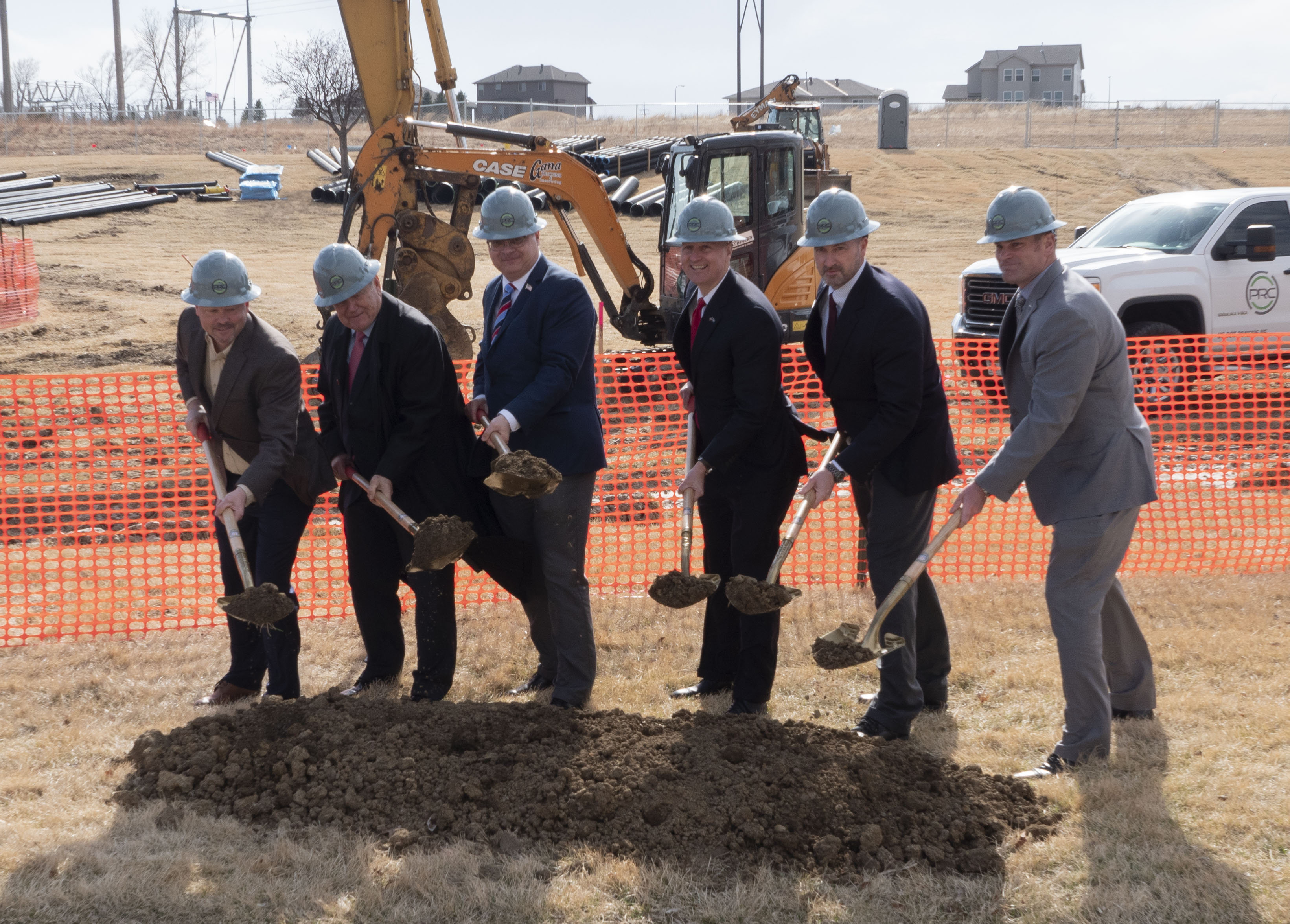 On March 29, 2022, state leaders and veterans’ home members kicked off the construction of an expansion to the Eastern Nebraska Veterans’ Home (ENVH) with a groundbreaking ceremony in Bellevue.

“We’ve expanded the Eastern Nebraska Veterans’ Home and added new services there for veterans and their families,” said Gov. Ricketts. “This is progress toward our goal of making Nebraska the best state in America for veterans. Thank you to the Nebraska Department of Veterans’ Affairs for continuously finding ways to better serve our nation’s heroes.”

Currently, ENVH is just over 120,000 square feet, with 120 licensed beds grouped in four wings: two 30-bed skilled nursing care wings, 30 domiciliary (assisted living) beds, and 30 beds for skilled dementia care. The expansion, which will add nearly 25,000 square feet to the facility, will create rooms for 30 new skilled nursing beds and replace 30 semi-private assisted living beds with 24 private assisted living beds at the facility, bringing the total number of beds to 144. In addition, it will provide space to expand services to include an adult day health care program, a new level of service not currently offered by the Nebraska Department of Veterans’ Affairs (NDVA).

“Today’s ceremony was very exciting for our agency in that it marked a sort of turning point where we’re moving away from reacting to pandemic issues and focusing on growing our capabilities and the services we offer,” said NDVA Director John Hilgert. “Adult day health care will allow us to serve veterans who are at a stage between independent living and the need for assisted living care, as well as provide a mini respite for the caregivers they may have. We hope to take lessons learned from this program and expand it to our other homes in the state.”

Construction of the expansion is scheduled to be completed by summer 2023, with the total project cost coming in at $9.4 million. The U.S. Department of Veterans Affairs is providing grant funding to pay for 65% of the cost, with the other 35% coming from funds allocated by the Nebraska Legislature in 2019 at the request of Governor Ricketts.

“Under Governor Ricketts’ leadership, Nebraska has strived to become the most veteran and military-friendly state in the country,” said Dept. of Administrative Services Director Jason Jackson. “This addition to the ENVH is just another milestone towards achieving this goal. DAS is honored to help support in the construction of this much-needed update for our veterans in eastern Nebraska.”

NDVA operates four veterans’ homes, located in Bellevue, Norfolk, Kearney, and Scottsbluff. Veterans who served on active duty with an honorable or general discharge, and who have lived in Nebraska at least two years during their lifetime, are eligible to live in a State of Nebraska Veterans’ Home. Spouses, surviving spouses of veterans, and Gold Star spouses and parents are also eligible for membership under similar requirements. Information on the homes is available at veterans.nebraska.gov/homes, including details on new higher wages at the homes and bonuses for new and current teammates.